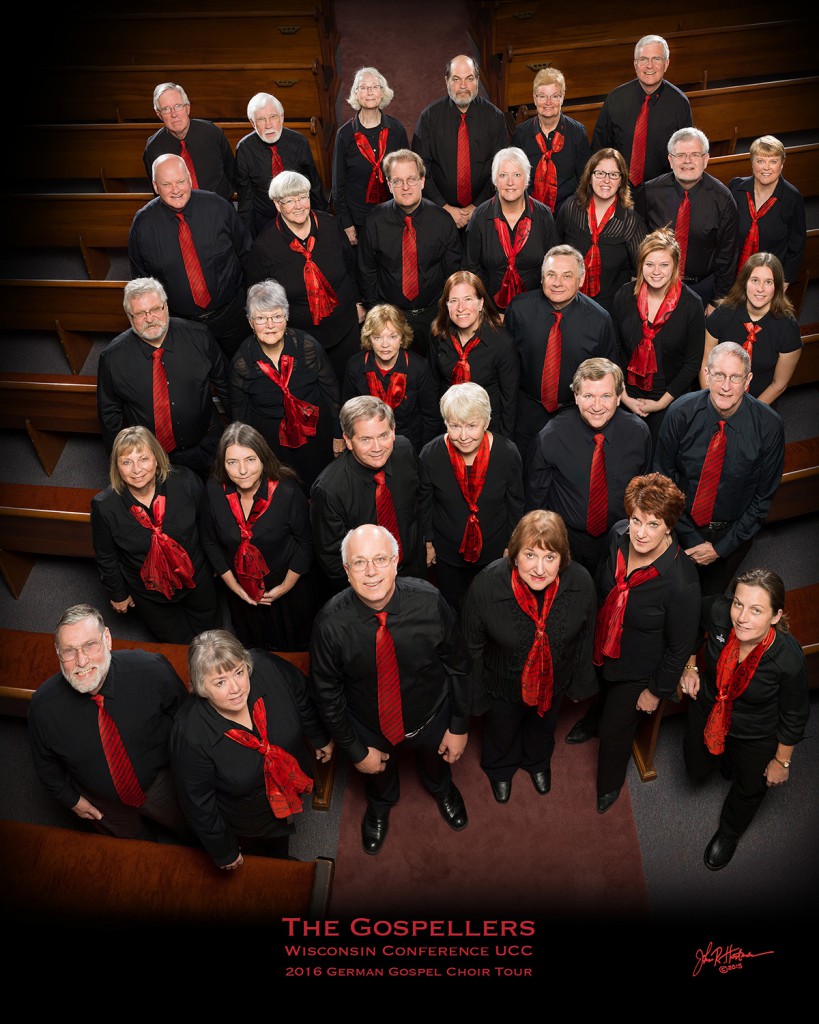 The Wisconsin Gospellers made their third quadrennial tour to Germany in July 2016.

Begun as an international people-to-people exchange, with gospel music (sung in English) as the international language, the Wisconsin Conference gospel ministry partnership with the German church has flourished for nearly a decade. German gospel choirs have come three times to Wisconsin on tour, most recently in September 2014.

The unique choir fellowship of singing God’s praise in a common tongue, and the incredible hospitality of host families and congregations continue to be priceless treasures for everyone involved.

The Gospellers performed with German choirs, under an established ecumenical partnership. They sang in 11 different locations in Germany, while traveling around the country. They stayed with host families, learning about their way of life and making friendships. They were centered in Eberswalde (former East Germany), an hour north of Berlin.