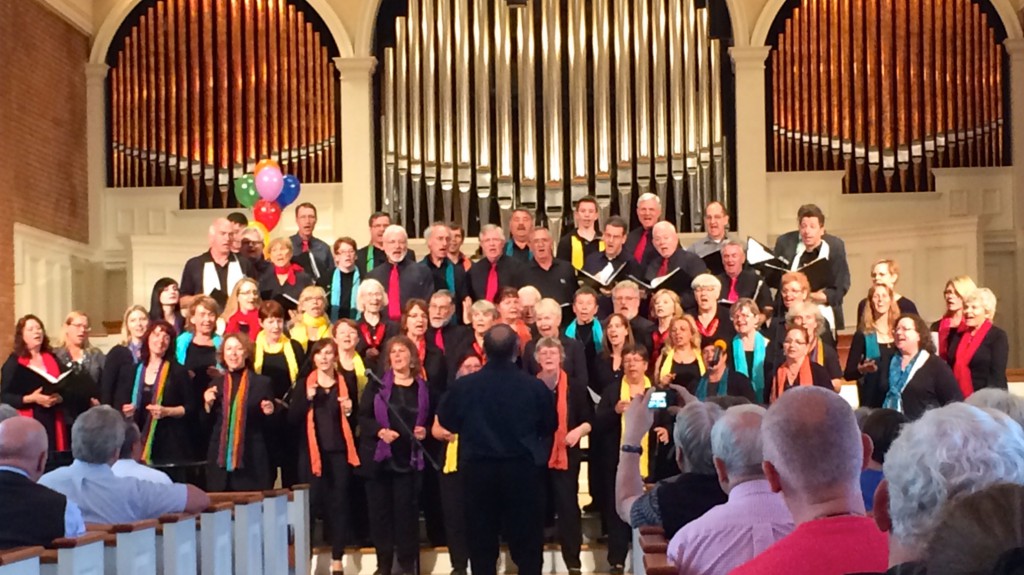 Westend Gospel Singers from Eberswalde, Germany and The GOSPELLERS from the Wisconsin Conference in performance September 2014 at Glenview Community UCC, Glenview, IL

According to reports from choir members in Germany and Wisconsin, this gospel tour – the fifth in an eight-year gospel choir ministry of the Wisconsin Gospellers (Wisconsin Conference UCC) and the Westend Gospel Singers of Eberswalde, Germany (Evangelical Church of Berlin-Brandenburg-Silesian Upper Lusatia) – brought deep blessing to the church. Myriad lives were touched as the

Beginning in 2006, with a visit of the German choir to Wisconsin, these two choirs have since traveled back and forth across the Atlantic every two years, offering full hospitality to one another and singing the repertoire they share. This year’s tour is only the most recent of these, with the Wisconsin choir planning a tour to Germany in 2016.

The tour involved ten performance opportunities in concerts or worship services at UCC congregations and institutions in Whitewater, Janesville, Ripon, Appleton, Neenah, Kewaskum, Sheboygan, and Greendale, Wisconsin as well as Chicago and Glenview, Illinois. Two workshops were incorporated into the tour, in Appleton and Chicago.

We were able to do all this because — after five tours (three in Wisconsin and two in Germany) — both choirs have come to expect a strenuous experience, and we take precautions. The use of a coach bus allowed persons to rest and relax, and a break in the middle of the tour, simply resting at a UCC retreat center for 36 hours, with nothing to do, provided a second breath for the second week of the tour.

Along with encountering congregations and singing in concerts and at worship, the two workshops, held on consecutive weekends, were the high points of this tour. 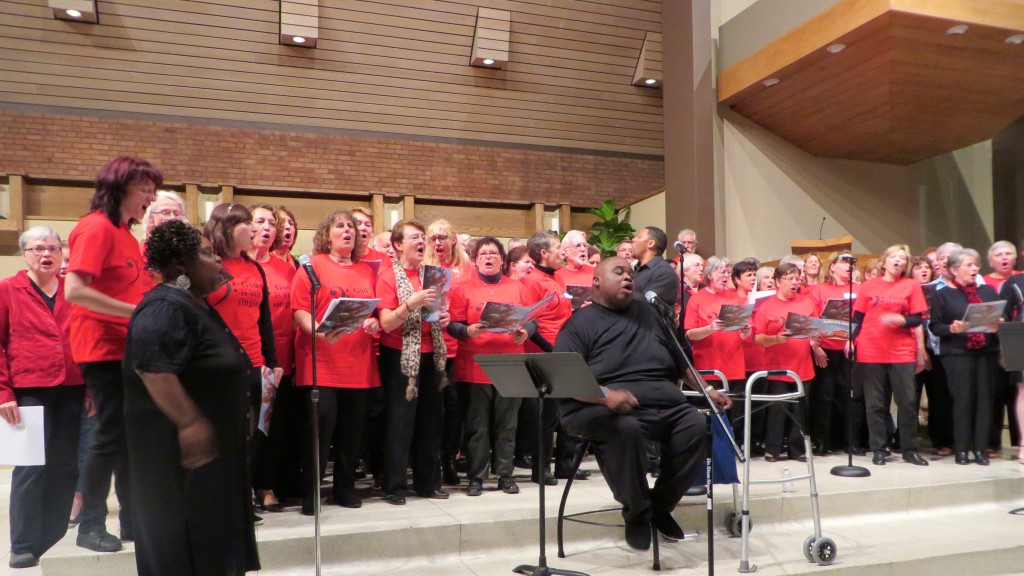 Robert Robinson sings in concert with the Westend Gospel Singers, the Wisconsin GOSPELLERS, and workshop participants at First Congregational Church, Appleton, on Sept. 20.

Through their choir fellowship these two choirs – Westend Gospel Singers of Eberswalde, Germany and The Gospellers from the Wisconsin Conference UCC – enflesh and experience full church fellowship, Kirchengemeinschaft, through their common life.

We invite further donations from individuals and congregations wishing to encourage this ministry of music and international exchange. Here is how you can give financial support.

Watch the Wisconsin GOSPELLERS performing in Großmühlingen, Germany on their 2012 tour of eastern Germany and western Poland.